Here at Tom French we have a small dedicated team of very knowledgable individuals, some of which have a wealth of experience with working in luxury jewellers.

Below you will find information about the members of our team. 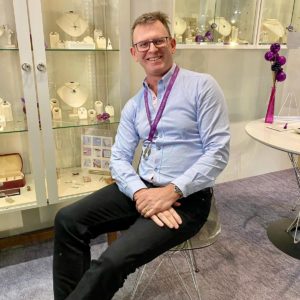 Tom French trained at  Middlesex Polytechnic, and learned his trade in the Jewellery Quarter in Birmingham. After 5 years as production Manager with Deakin & Francis and marrying Mo he left to move to London.  After a time working and designing for himself in a Covent Garden studio , Tom moved into retail first with Harper Ltd in Cobham and later with Lionel Jacobs in Richmond. This experience proved so valuable when in 2005 he decided to open Tom French Jewellery in Ascot . 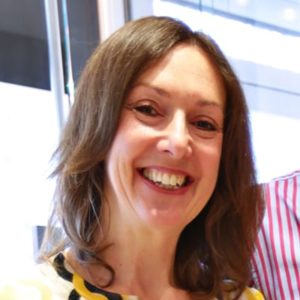 Mo is in charge of all things financial at Tom French. After a successful career in the city, Mo trained as a book keeper and looks after our accounts. As Tom’s Wife Mo has been a driving force in making Tom French Jewellery successful. 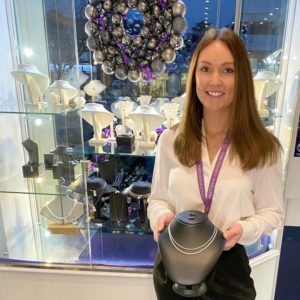 April joined us in March 2014 after managing a luxury jeweller in Farnham for 5 years.

She has since developed her knowledge in the industry with her Gemmology studies at the Gemmological Association of Great Britain.

April has also gained her AJP credential with the Gemmological Institute of America, and more recently April has developed her skills further and become our in-house CAD designer. 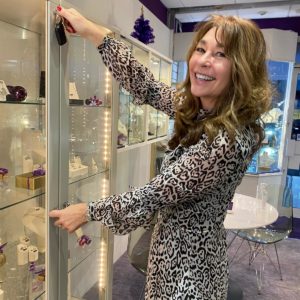 Linda Ex BA cabin crew has been working with us part-time since September 13. Since working with us she has gained a strong passion for jewellery and gemstones. When she is not at work, Linda enjoys racing at Ascot and is a qualified ski instructor. 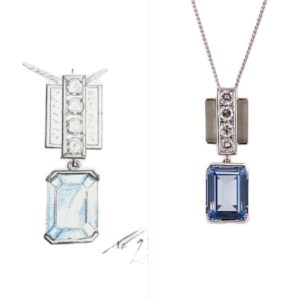 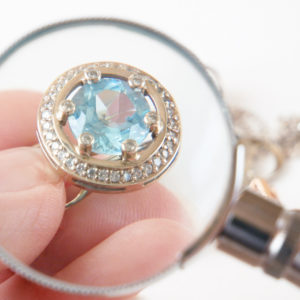 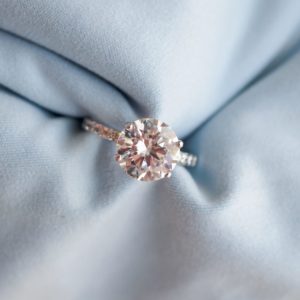 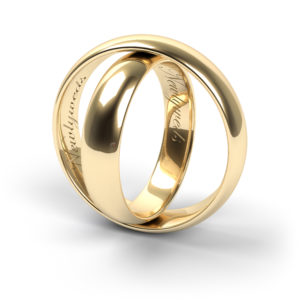 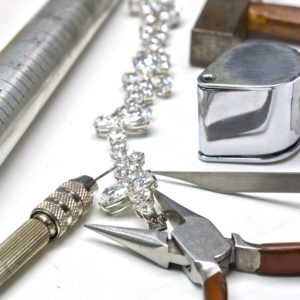 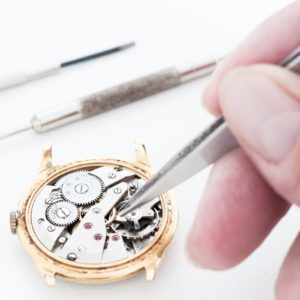 This is a statement necklace created with four pale sapphires and a vibrant yellow centre sapphire 💛 Even though the most...

With every purchase we offer complimentary gift wrapping 💍🛍 All the best gifts come wrapped in a Tom French bow 💜...

Yellow Diamonds on a sunny day ☀️ Did you know only one natural fancy colour diamond will be discovered for every...

Gem-set Meridian pendants. Great for adding a touch of colour and sparkle to your everyday. Or even more fun layered up!...

A handful of gorgeous Sapphires 💙 Pick your favourite? A style for everyone, from classic to contemporary and starting from £965.00!...

Emerald Lovers 💚 Who is lucky enough to be born in May & have Emerald as their birthstone? Here’s a few...

Send Us A Message

It came out stunning, simply beautiful.

An absolutely stunning pendant, thank you.

Thank you – we are both so pleased with the finished ring…

From start to finish the service was nothing short of exceptional…

Delivered more than I could have ever imagined…

The most beautiful ring in the world…